Humans love to look for patterns and reasons for things and then to build stories that explain what they observe. That tendency can create communication problems when we let the stories we tell ourselves about other peoples intentions get in the way of discussing the impact of their words and actions. In this episode, I'm exploring this idea and how it interferes with our communication effectiveness.

Hi. This is Guy Harris. Welcome to Talk Like a leader. This week's episode is titled Separate Impact from Intent. The idea for this episode is closely related to another episode that was around the concept of assuming benign intent. So I would say that this goes along with that episode, the sort of complement each other. Let's get to the main topic today.

Separating impact from intent and say that this is a common challenge in communication. It comes from the fact that most of us, most humans really like to look for and identify patterns and to explain the reasons for things. It's one of the reasons we like to tell and listen to stories. We like to build stories around outcomes and why they happened.

The story we tell. The assumptions we make about their intent may or may not be true. And the problem is that when we assume things about another person's intentions, we can make bad decisions and engage in ways that actually cause the conversation to go worse, so that we no longer talk like a leader or example of confusing impact and intent would be a situation where we look at the behaviors of a person and see that they had bad results or bad outcomes or somehow negatively affected us.

And then to leap to the assumption that that is the intent they had when they made the choice that they intended to create a negative impact on us, rather than realizing that whether they intended it or not, it did have a negative impact on us. And we need to talk about the impact, not the intent. I was recently reminded of this idea when I was listening to a news story podcast where the reporter was describing the impact of a government policy in a Western state that was related to the distribution of food products, and specifically around expiration dates, and how those laws impact the market and impact pricing and impact to consumers in that state.

Well, the particular law in question in this particular state was passed in the 1980s, and it was based on food production and preservation and distribution technology at the time where they created this law, basically saying that past a certain date from manufacture, the food had to be gotten rid of, could no longer be sold, I guess is actually the way it's phrased to no longer be sold.

So it had this force to be pulled from store shelves. And for a long time didn't really have a negative impact. But, you know, go forward a few years and technology and distribution changes and markets change and you know, things have changed since the 1980s. And so what has happened because the law hasn't been updated to keep up with time, is that a law originally intended to make sure that consumers get nice, fresh food has turned into causing retailers to have to throw away perfectly good food that then drives up the cost of food and creates positive price pressure, creating a positive pressure on pricing, meaning prices are going up for this particular food item.

And so it's negatively impacting consumers, even though the original intent of the law was to protect consumers. So the issue is that over time, the law has started to distort the market in a way that actually hurts the people it was originally intended to help. In recent years, there has been some discussion in the state legislature to change the law.

And and the law, frankly, has not been changed in any real, measurable way, maybe not at all. And in one aside kind of between interview questions with one of the people that the reporter was talking with, the reporter said that the legislators were protecting law because they have a selfish or bad intent and that they don't really care about consumers.

Reporter made the point that many of the legislators know and are associated with people on the business side of this issue, not on the consumer side. And because of these relationships, that must mean that they were protecting their business and personal interest rather than looking out for consumers. Now, there was no data offered to say that this was the legislature's legislators intent and I agree that on the surface it certainly has that appearance challenges.

None of us knows for sure. And there was no data presented. There was no conversation with any of these other legislators to hear their side of the story. It was just an implication, an aside, and basically said that these people were acting in a way that had a negative impact on consumers because they intended to have a negative impact.

Every time I have drifted in the direction of confusing the impact of a person's decisions with their intent has basically ended in the other person becoming defensive and self-protective. It has never, to my recollection, brought them with me and a problem solving conversation that turned out well. So what I'm going to suggest is that while I can't go have a conversation with as a reporter and encourage this person to rethink how they report the news and to be careful with their innuendo and implication and reporting rather than just reporting facts, I'm not going to able to have that conversation.

As leaders, though, we can watch that tendency in ourselves. We can look out for the tendency to look for an explanation for a person's actions that leads us to confuse the impact of their actions with their intentions and to assume that just because there was a bad outcome, they intended a bad outcome. A couple of examples to consider.

Maybe you and your team have been negatively impacted by the decisions of managers far away from you in a large organization. Or it may be true that their decisions had a negative impact on you. It's not necessarily true that they intended to have that impact or that they don't care which. Saying a person doesn't care basically implies they have negative intention.

And so it's probably true that you were negatively impacted. Doesn't mean the other person intended it or that they don't care. It just means you had a negative impact. Now people can say or do things that create confusion, stress and irritation within a team. They can say things in team meetings. They can say things and problem solving sessions that annoy, frustrate and irritate people on the team.

That doesn't necessarily mean that they intended to annoy, frustrate and irritate. It doesn't mean that they intended to create confusion and stress and irritation. Impact was there. The intent may or may not have been, as you think, about improving your communication skills. One of the things you can look out for is the tendency that we all have, me included, to confuse the intent of a person's actions with the impact of their actions, and then to from that assumption, create all kinds of negative stories about what's going on for this other person and why they did or did not act in a certain way.

If you want to talk like a leader, if you want to solve conflicts, invite people into problem solving discussions, lead people forward in a positive, productive way, and encourage you to learn how to separate impact from intent. Keep those two firmly separate in your mind. Talk about impact and how to get better impact rather than talk about intent and how to fix intent.

If you can do that, you can talk like a leader.

Other Podcasts from
The Kevin Eikenberry Group 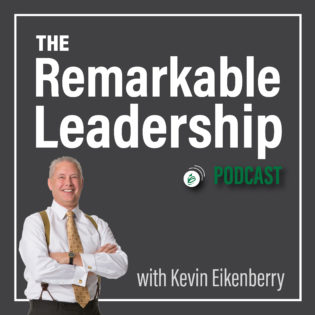 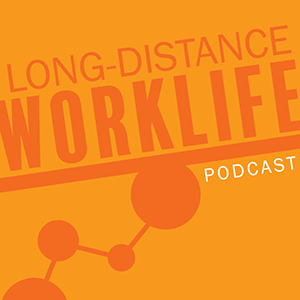 Other Podcasts from The Kevin Eikenberry Group

About The Kevin Eikenberry Group

Remarkable Leadership is a production of the learning-obsessed team at The Kevin Eikenberry Group, an Indianapolis-based organization dedicated to helping leaders make a bigger difference in their world.